Our customer support team is here to answer your questions. Ask us anything!
Whatsapp
Hi, how can I help?

Every session is recorded & shared

Are you looking to master QA Automation? Great job! Are you aware that QA Automation is the highest popular IDM course? There are a lot of opportunities available in QA Automation because it is the leader in to the IDM market. QA Automation training course is a career-oriented course, meaning that at the end of the course, you will be able to effortlessly pass your interviews or join in an active QA Automation project. The salaries offered in QA Automation are quite impressive.

What Will I Learn?

Do Cloudcertification provide a 100% money-back guarantee?

Yes, Cloudcertification provides a 100% money-back guarantee on fulfilling all the below checkpoints
1. This offers is only on instructor-led training
2. 95% class attendance
3. In the Test, you have to score 95% marks conducted by Cloudcertification.

What happens if I'm unable to attend the Cloudcertification online training session?

At Cloudcertification, you'll never miss a Session! You will be provided with the recorded class of that day.

When shall I get access to self-paced learning after enrollment?

Post-enrollment will provide access immediately, and you can start the course right away.

Cloudcertification works towards providing the best training & certification. We offer real-time case studies, interview preparation and resume assistant
We do not offer placement.

The certification process plays a crucial role in getting the job you want. It shows that you've gained the necessary skills to manage crucial jobs in the real world with minimal or no help from your colleagues. Companies are focusing on hiring those with qualifications and are providing huge salary packages. We will provide all required courses to earn in obtaining the certification. Cloud Certification Trainings encompasses every aspect of shaping you into a professional certified by providing you with the professional and technical knowledge that will help your career to be successful. 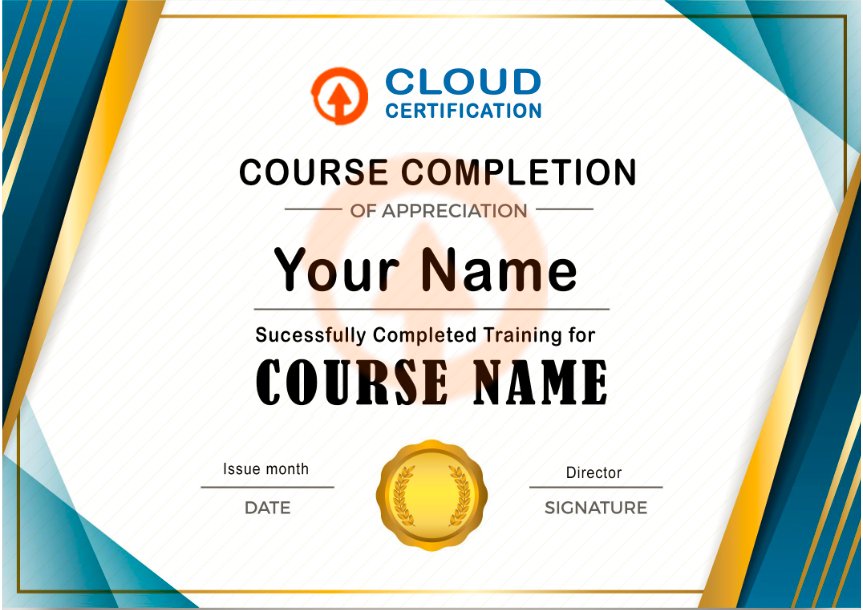 Automation is any action that can reduce human efforts.

What is Automation testing?

The process of using special software tools or scripts to perform testing tasks such as entering data, executing the test steps and comparing the results, etc. is known as Automation testing.

What all things can you automate?
See More
When is Automation testing useful?

Automation testing is useful in the following scenarios:

a) Regression testing: In case of a bug fix or new module implementation, we have to make sure that the already implemented or unchanged functionality is not affected. In this case, we end up running the regression test case multiple times.

For Example: After each change request or bug fix, after each iteration in case of incremental development approach, etc.

For Example, Load testing or performance testing, etc are very difficult for humans to track and analyze.

c) Complex calculation checks or test scenarios that are prone to human errors.

d) Repeated execution of the same tests: Sometimes, we have to run the same set of test case for a different set of data or after each build release or on multiple hardware, software or combination of both.

Automating the test cases in the above scenarios helps in achieving the speed of testing and minimizing human errors.

How do you identify the test cases which are suitable for automation?
Can you achieve 100% automation?

100% automation would be difficult to achieve because there would be many edge test cases and some cases that are executed seldom. Automating these cases which are not executed that often will not add value to the automated suite.